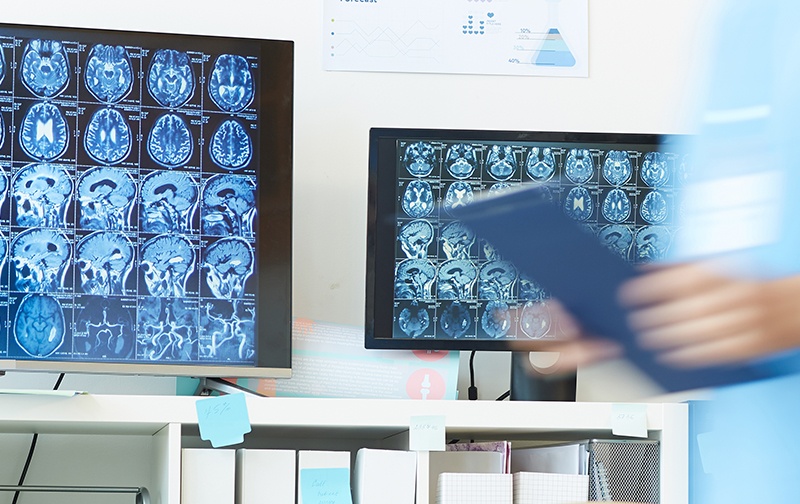 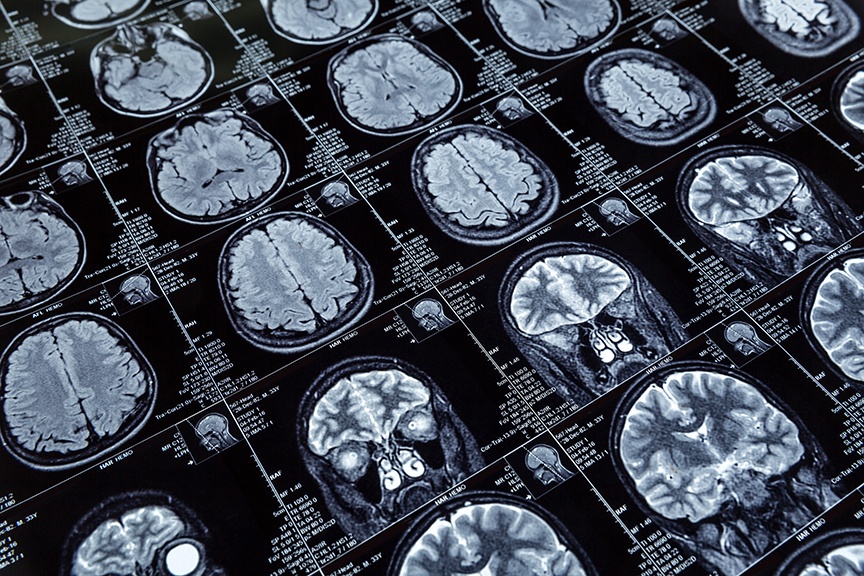 Tumour Group: Gliomas
WHO Grade: Grade IV
Prevalence/Incidence: The incidence of glioblastoma multiforme (GBM) is
2 to 3 per 100,000 people in the United States and
Europe. GBM accounts for 12 to 15% of all
intracranial tumours and 50 to 60 per cent of
astrocytic tumours.

GBMs increase in frequency with age, and affect
more men than women.

Typical Age Range: GBMs may manifest at any age, but mostly affect
adults with a peak incidence between 45 and 75
years of age. Only 3% of childhood brain tumours
are glioblastomas.

A GBM is the most common and most aggressive malignant primary brain tumour. These tumours contain various cell types, hence the name multiforme, the most common being astrocytes.

Most of these tumours occur in the cerebral hemispheres but can develop in other parts of the brain such as the corpus callosum, brainstem or spinal cord. The cells of these tumours grow quickly, are not well defined, and can spread throughout the brain.

Like many brain tumour types, the exact cause of glioblastoma multiforme is not known, but increasingly research is pointing toward genetic mutations.

Common symptoms include, but are not limited to:

The kind of symptoms produced depends highly on the location of the tumour, more so than on its pathological properties. The tumour can start producing symptoms quickly, but occasionally is an asymptomatic condition until it reaches a larger size.

It is very difficult to treat glioblastoma multiforme due to several factors:

Surgery
The first treatment step is surgery to remove as much tumour as possible. Surgery is almost always followed by radiation. Glioblastoma’s capacity to wildly invade and infiltrate normal surrounding brain tissue makes complete resection impossible. The goal of surgery is to de-bulk — a surgical procedure with the goal of decreasing the mass effect of a tumour by removing dead tissue or a portion of the tumour. However, improvements in neuro-imaging have helped make better distinctions between tumour types and between tumour and normal cells.

Radiation
After surgery, radiation therapy is used to kill leftover tumour cells and in attempts to prevent recurrence.

Chemotherapy
Chemotherapy is often given at the same time as radiation and may be used to delay radiation in young children.

A prognosis is an estimate of the likely progress of a disease after a diagnosis, based on an average patient group. Since every person is different, please take time to talk with your health care team about how this information applies to you.

For brain tumour patients, a prognosis depends on several factors, which can include age and other health issues, the size of the tumour, its molecular profile, the type of tumour, how much can be removed and its response to treatments such as chemotherapy and radiation therapy.

Our understanding of the molecular profile of GBM helps in guiding treatment decisions and providing a more accurate expectation for prognosis. For example, glioblastoma patients who have had their MGMT gene shut off by a process called methylation are more likely to have prolonged survival rates. The MGMT gene is thought to be a significant predictor of treatment response.

Louis, David N. WHO Classification of Tumours of the Central Nervous System. Lyon: International Agency for Research on Cancer, 2007. Print

You can also download this information as a Information Sheet on Glioblastoma Multiforme (pdf).