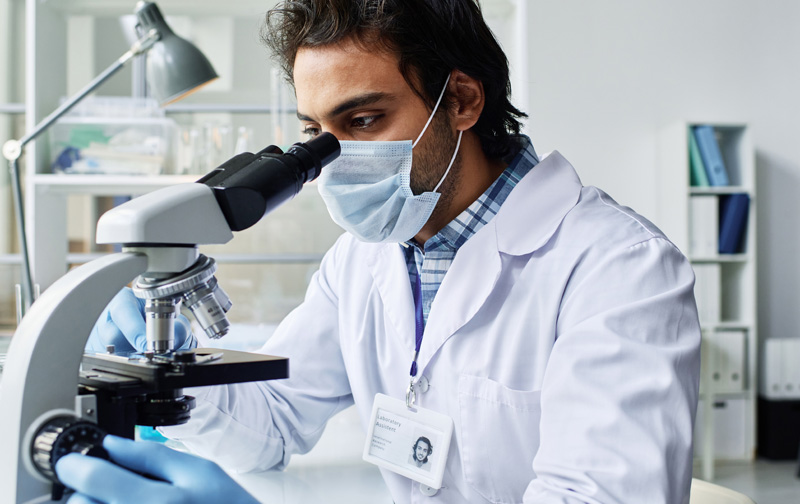 As clinical trial success relies on effective patient recruitment, BioMark is delighted to announced today that enrollment for its pivotal lung cancer screening study exceeded 1000 participants in less than one year. The lung cancer screening demonstration project led by Dr Simon Martel, pulmonologist at the Quebec Heart and Lung Institute (Institut Universitaire de Cardiologie et Pneumologie de Québec-Université Laval – IUCPQ-UL) is intended to combine BioMark’s metabolomics liquid biopsy test with radiomics and genetics biomarkers to help at-risk Quebecers get access to an accurate and accessible lung cancer screening program. The multimodal study was designed to recruit 4000 participants from eight major hospitals across in Quebec, generating data that can support BioMark’s implementation within the Province of Quebec.

The Company also announces its first international patient recruited as part of a European prospective lung cancer screening trial in France known as the ILYAD study. BioMark’s blood-based biomarker panel has been selected to define personalized lung cancer risk assessment in Europe’s screen-eligible population who are most likely to benefit from a CT scan. The study is being conducted by Pr Sébastien Couraud, pulmonologist at the Hospices Civils de Lyon (HCL) and through a partnership with France-based TransDiag. Through the ILYAD study, the investigators are studying the participation rate during the initial round in the lung cancer screening program and assessing the performance of several blood-based biomarkers for the detection of cancers in screened individuals. The test being developed by the consortium would offer the opportunity to screen nearly 4 million individuals in France who are eligible for lung cancer screening under current European guidelines. These at-risk individuals are aged between 50 and 75 and have a history of heavy smoking.

BioMark also recently entered into a collaborative research agreement with the Delhi Pharmaceutical Sciences and Research University (DPSRU) in India and is currently designing a clinical protocol to evaluate a cost effective, highly sensitive and easy to deploy lung cancer screening platform. For the Indian population, pollution due to climate change is the driver for the increased lung cancer incidence. India expects lung cancer cases to increase 5 to 7-fold between 2025 and 2030 driven by environmental exposure, metabolic alterations, smoking and lifestyle changes. This is one of the reasons why the Indian group selected BioMark to develop and commercialize an innovative metabolomic based test for early detection and management of cancer, starting with lung cancer.

“We closed out 2022 with significant accomplishments in all aspects of our clinical operation with emphasis on our early lung cancer metabolic assay following robust data presented at ESMO in September 2022. This has been a transformative year for BioMark and reflects the management’s commitment in expediting a well-defined pathway towards commercialization and revenue generation”, says Rashid Bux, CEO of BioMark. Mr. Bux continued, “Our journey to diversify our portfolio and expand reach in North America and other important jurisdictions is materializing. Though the lung cancer screening assay may become our first commercial product in Canada and US, BioMark is also developing a portfolio of products for cancer management that consists of lung cancer screening assay, a therapeutic agent for glioblastoma, and tests to track the response to treatments for lung cancer and glioblastoma.”

The Company intends to pursue clinical validation of the test as a laboratory developed test (LDT) in parallel with these ongoing studies. The BioMark Lung Cancer Risk Assessment Test will be available through its Quebec-based accredited laboratory, BioMark Diagnostic Solutions Inc., within approximately 9 – 12 months based on the completion of the ISO 15-189 certification.

BioMark is a liquid biopsy company developing a molecular diagnostics technology platform that leverages the power of metabolomics and machine learning algorithms to bring new cancer diagnostics to market and improving cancer prognosis by allowing physicians to detect carcinomas in the pre-symptomatic stages. The technology can also be used for measuring response to treatment and potentially for serial monitoring of cancer survivors. While the Company current focus is on the commercialization of its liquid biopsy test for early detection of lung, it has plan to expand into other hard to detect and treat cancers such as brain, ovarian and pancreatic.

Further information about BioMark is available under its profile on the SEDAR website www.sedar.com and on the CSE website https://thecse.com/.

The CSE has not reviewed, approved, or disapproved the content of this press release. 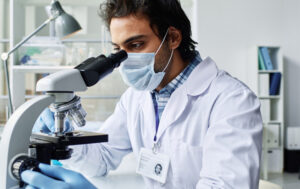